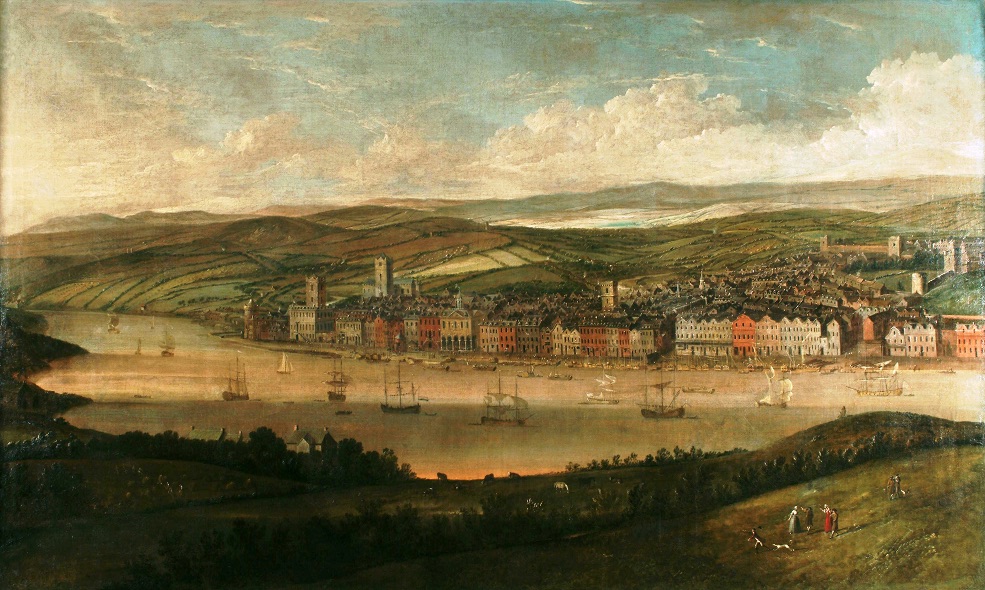 '18th Century Waterford: People, Place and Prosperity', by Eamonn McEneaney and Julian Walton, is the 6th talk in the 'Irish Cities in the Georgian Era: architecture and urban morphology' series.

Abstract: Developments in 18th century Waterford were bookended by the removal of the defensive medieval town walls at the beginning of the century and the building in 1793 of the first bridge crossing the Suir at Waterford. The city’s topographical and economic expansion was overseen by a remarkable and dynamic handful of influential Catholic, Anglican, Quaker, and Huguenot families. Waterford is perhaps unique in that, despite the pace and rate of change, and the boldness and ambition of the 18th century citizenry, the Viking and Medieval streetscapes endured and are still very much in evidence today.

Bio: Eamonn McEneaney is a graduate of TCD and Director of Waterford Treasures Museums, five museums in the Viking Triangle. Through the museums, he has project managed the regeneration of the city’s historic core - an area known as the Viking Triangle. He is currently working with his museum colleague, Donnchadh O’Cellachain, on the Waterford fascicule of the Historic Towns Atlas for the Royal Irish Academy.

Julian Walton is Historian-in-Residence at Dunhill Multi-Education Centre in Co. Waterford. For many years, he has been researching the life, work, and descendants of John Roberts. He contributed the chapter on 18th-19th century Waterford to RTE’s 'Irish Cities' (1995) and articles on the architecture of John Roberts and the artistic achievement of his son Thomas Roberts to the 'Irish Arts Review' (2004 and 2009).

This pre-recorded Zoom talk will be issued at 6.30pm on Tuesday 9th November and will be available to watch for seven days from issue.