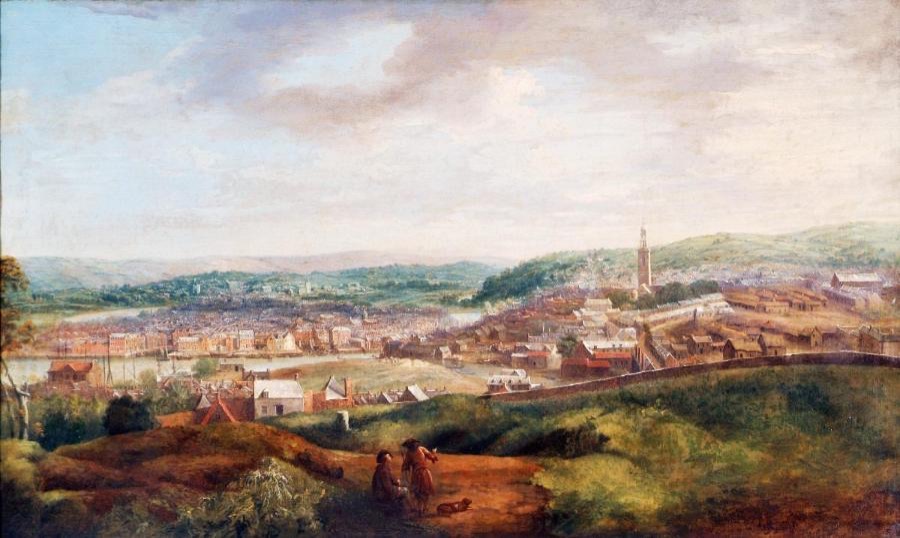 A Merchant City: The Building and Buildings of Georgian Cork

'A Merchant City: The Building and Buildings of Georgian Cork' by Frank Keohane is the 5th talk in the 'Irish Cities in the Georgian Era: architecture and urban morphology' series.

Abstract: This talk will explore the emergence of Cork as a modern city during the 18th century. Following the Williamite bombardment of Cork in 1690, the city spread beyond the two medieval walled islands in the River Lee. City merchants set about reclaiming the surrounding marshes and culverting the myriad of intervening waterways to create new urban quarters with ambitious public buildings and a stock of churches notable for their quantity more so than their quality. The agricultural boom of the Napoleonic wars and the impact of Catholic emancipation resulted in a late ‘Golden Age’ in which Cork cast off any hint of architectural provincialism.

Bio: Frank Keohane is an architectural historian and chartered building surveyor specialising in the conservation of historic buildings throughout Ireland. He is the Surveyor of the Fabric to Christ Church Cathedral, Dublin, and St Canice’s Cathedral, Kilkenny. He is the author of the 'Buildings of Ireland' volume for Cork City and County (2020) and 'Irish Period Houses: A Conservation Guidance Manual' (2016).

This pre-recorded Zoom talk will be issued at 6.30pm on Tuesday 2nd November and will be available to watch for seven days from issue.

The talk is recognised as structured CPD by the RIAI (1 point).