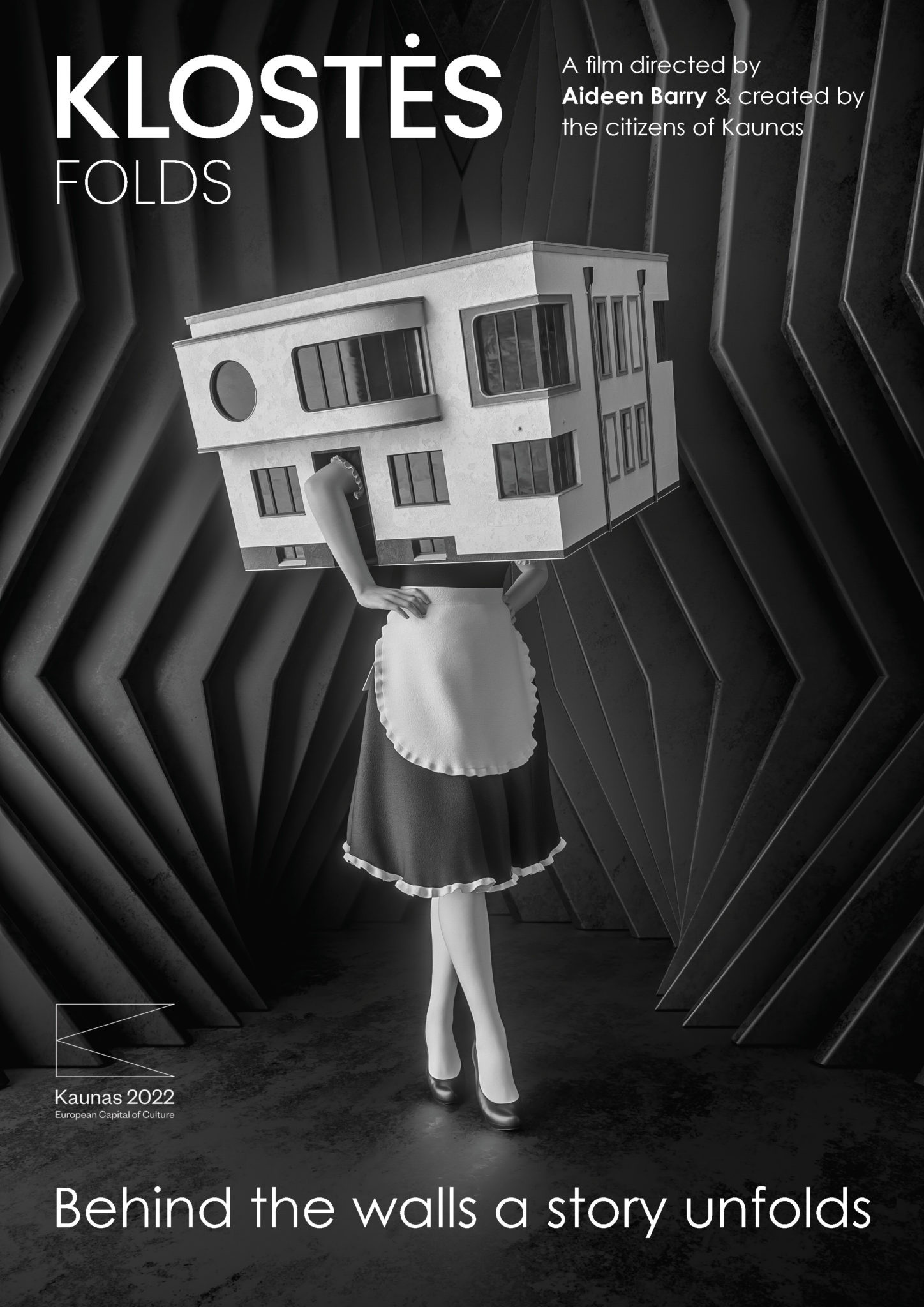 Klostės ( translated as Pleats or Folds) is a Black & White non verbal film created by the People of Kaunas Lithuania together with Artist & Film-maker Aideen Barry. The film was commissioned by Kaunas 2022, The European Capital of Culture. The film takes inspiration from Kaunas Architectural Modernism and the hidden histories associated with the magical city.

Klostės is Barry’s debut feature, created through collaboration with hundreds of citizens of the inter-war modernist city of Kaunas – a city that has suffered the ravages and dark legacies of war, occupation and colonial infringement, to rise and reinvent itself.

Architecture at the Edge

About Architecture at the Edge (AATE) is a not-for-profit organisation dedicated to the promotion of architecture as culture. Established in Galway in 2017, it invites everyone to explore and understand the value of a well-designed built environment. We aim to demonstrate how design enhances everyday life and to inspire new ways of thinking about architecture.
URL www.architectureattheedge.com
Instagram @ArchAtTheEdge
Twitter @ArchAtTheEdge