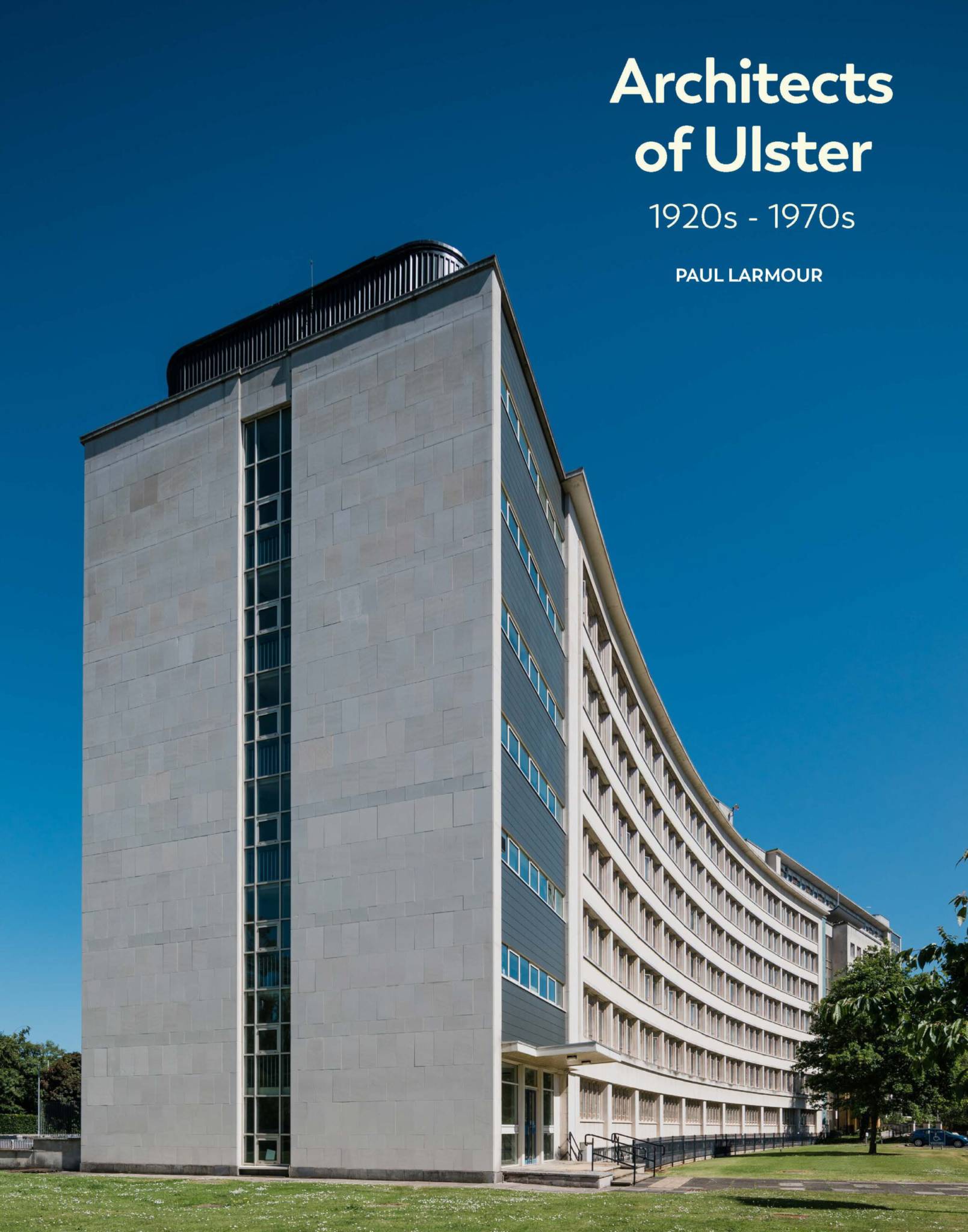 This lecture, inspired by UAH’s latest publication, will recount the life and works of a select number of Ulster architects who played a significant part in forming the architectural landscape of Ulster in the period of the 1920s to 1970s. Each of them not only produced some individual buildings of special interest but most also had careers which were notable for their invariably pioneering example and sustained performance, their overall contribution seemingly significant enough to set them apart from the rest of their professional colleagues.

This select group – Ingleby Smith, Thomas Rippingham, R S Wilshere, R H Gibson, Padraic Gregory, John MacGeagh, Ben Cowser, Denis O’D Hanna, John McBride Neill, Philip Bell, Liam McCormick, Henry Lynch-Robinson, Noel Campbell, Tony Houston, Robert McKinstry, Gordon McKnight, James Munce, Donald Shanks, Adair Roche, Ian Campbell, and Joe FitzGerald – ranges from some who were first prominent in the inter-war years, to others who did not emerge or develop as architects until after World War II. The full gamut of architectural styles of the period is covered in the combined work of these architects, from the traditional such as Neo-Georgian, Gothic and Romanesque Revival, and Arts and Crafts, to Art Deco and other more recent forms of modern architectural expression. An emergent interest in historic building conservation is noted and a wide range of building types is represented; these include private residences, housing estates, churches, office blocks, schools and colleges, public houses, hospitals and other healthcare facilities, and various forms of public building both local authority
and governmental.

In establishing the reputation and achievements of these important architects whose careers have hitherto not been widely known, this meticulously detailed and lavishly illustrated book provides a valuable record of a host of buildings, some already very familiar and recognisable to the public but others less so, with many here identified and documented for the first time.

Dr Paul Larmour trained as an architect at Queen’s University Belfast. He was formerly Senior Lecturer and Reader in Architecture at Queen’s as well as consultant to the Historic Buildings Branch of the DOENI (now DfC HED), responsible for survey work and listing recommendations for 20th century buildings. He is author of Belfast: An Illustrated Architectural Guide (1987), The Architectural Heritage of Malone and Stranmillis (UAHS, 1991), The Arts and Crafts Movement in Ireland (1992), Free State Architecture: Modern Movement Architecture in Ireland, 1922-1949 (2009), and Belfast CityHall: An Architectural History (UAHS, 2010); and co-author of Queen’s: An Architectural Legacy (1995), Modern Ulster Architecture (UAHS, 2006), and North by Northwest: The Life and Work of Liam McCormick (2008). He has published historical articles on previously neglected aspects of 19th and 20th century Irish architecture and design, in Ulster Architect, Irish Arts Review, Perspective, Irish Architectural Review, and Architecture Ireland. He has been a member of UAHS (since 1974), the Society of Architectural Historians of Great Britain, The Twentieth Century Society, Docomomo, and the Irish Architectural Archive. He was awarded Honorary Membership of the RSUA in 2000 and the RIAI in 2001 for his services to Irish architectural history.