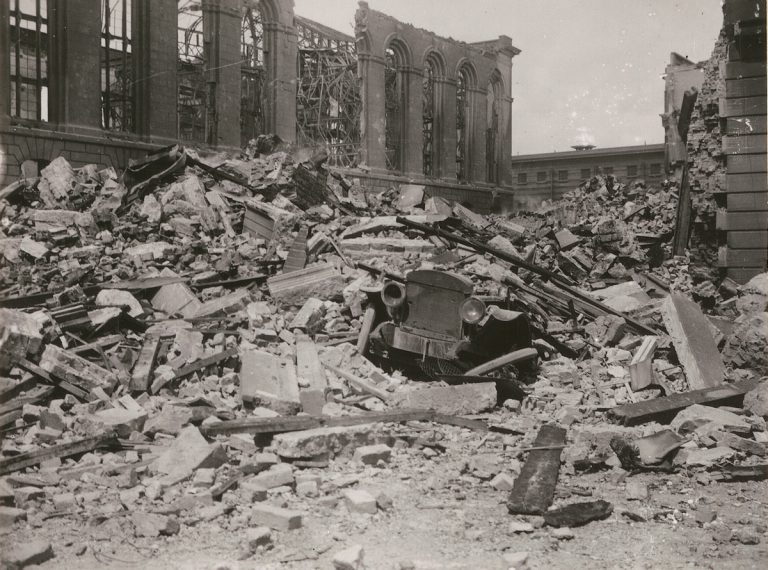 The Public Record Office of Ireland: The Story of a Building

This exhibition is presented by the National Archives of Ireland in partnership with the Irish Architectural Archive and tells the story of the once magnificent building that was the Public Record Office of Ireland; from its construction to its burning during the Battle of the Four Courts in June 1922 to its final reconstruction.